What’s the word on ‘Wordle,’ the latest online game trend 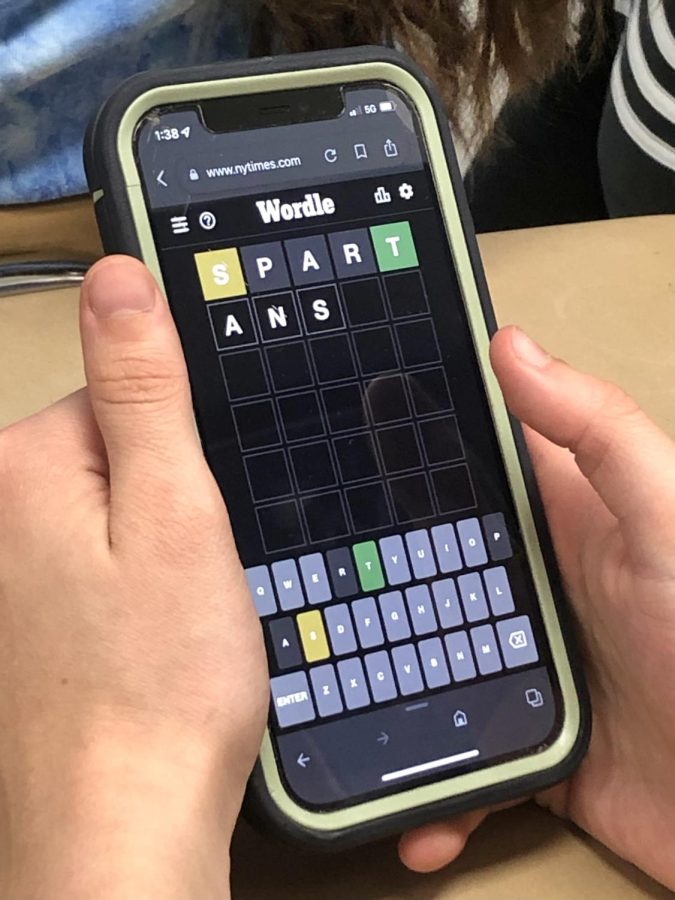 'Wordle's popularity exploded after being purchased by the New York Times.

Brains on! Your task is to piece together a specific five letter word within six tries. The lettered tiles will change to yellow or green to help you. Good Luck! And no cheating!

Josh Wardle’s “Wordle” has taken the world by storm since the end of January. This increasingly popular and tonic word game has reached millions of players since its release in October 2021. The virtual game went viral during February, after it was adopted by the New York Times.

To play the game, solvers must guess a specific five-letter word within six tries. Each time you guess, Wordle provides hints towards the correct answer by changing the color of the tiles after each guess is submitted. Green means the letter belongs in the word and is also in the correct position, yellow tells you the letter is correct but in the wrong position. Any gray letters let you know that the letter you have selected does not belong in the day’s word.

Already solved the Wordle today? Not to worry, there are many other forms of the game across the web. For example, Wordle Unlimited is the same, but with unlimited words provided for solvers to work through back to back. There are many other alternatives to the original Wordle as well. Some of the popular ones being Nerdle, Dordle, Quordle, Lewdle, Worldle, CFBordle, Taylordle, etc.

While the game is addictive, you only have those six attempts to find a targeted word per day. If you find yourself itching for more, Wordle Unlimited lets you solve words all day long, as many times as you please. If you’re more interested in solving all the Wordle’s ever, Wordle Archive is definitely for you.

Millions of people around the world have come to value Wordle and find themselves spending time on solving it every day. Whether it’s the original game through The New York Times, or another version of something more interesting to them, people clearly love it and are happy to be involved.

“The other reason Wordle is so popular is that it has the perfect combination of challenge, meaning, and insight. The words are common, but not too common. The number of guesses is just right.” Says Matt Baldwin in an interview with Verywell Mind.

Personally, I think this game is entertaining because it’s not the same thing every day. A lot of times with games, such as leveled, tend to get repetitive after a while. With well over 155,000 five lettered words within the English language, the game never gets old. How could something get repetitive when there are so many different words to guess from? The challenge really never goes away.

Junior Haylee Graham, a daily Wordle and Quardle player says, “It never gets boring because it’s a different word every day, the challenge never gets easier. I really love how I get to learn new words through the game and expand my vocabulary.”

Based on millions of players and myself, Wordle provides a sense of entertaining challenge no matter the type of player. Give it a shot! Just like you would with the NBA verison, Poeltl.