‘The Batman’ takes a classic hero in a darker direction 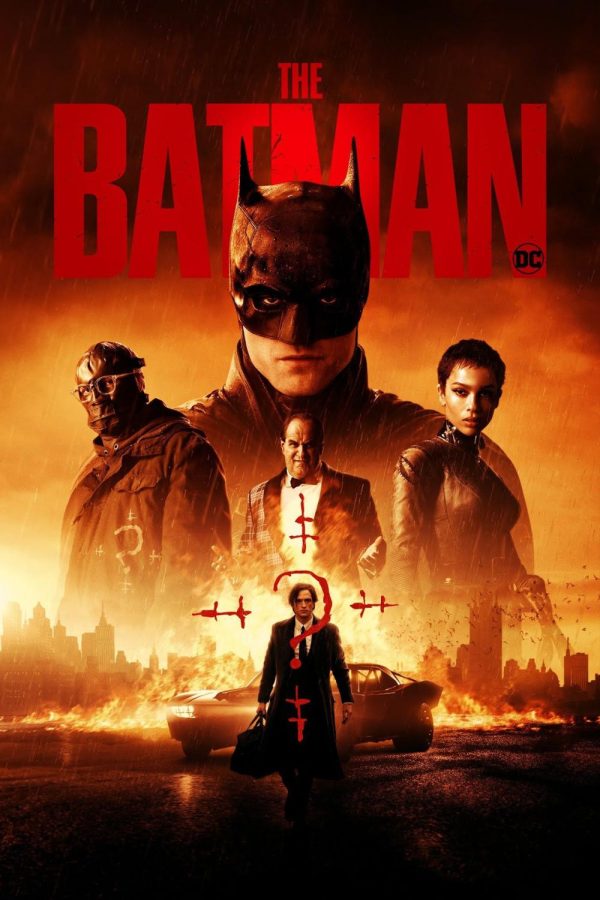 DC Comics made a name for themselves in 1939 when they were founded by Malcolm Wheeler-Nicholson.  The initials for the DC Comic books were taken from the Detective Comic series. With that series came the rise of Batman.

Batman is the story of a young boy who swears vengeance against all criminals after witnessing the brutal murder of his parents. He spends years training himself both physically and intellectually, crafts a bat-inspired persona, and monitors the Gotham City streets at night to keep the people safe.

“The Batman” is a DC movie that is a subsidiary of Warner Bros, which makes the original DC comics about those characters..

As Gotham City has a sadistic killer on the loose, Batman comes forth to save the people of the city. Batman uses evidence the killer leaves behind to come closer to solving the mystery. He must forge new relationships, unmask the culprit, and bring justice to the City of Gotham.

“The Batman” film did very well overall with fans. It has an 85% Rotten Tomatoes score.

Director Matt Reeves is a film director, producer, and screenwriter. He was first known for directing “Cloverfield” in 2008. Now he has directed a lot more films, “Dawn of the Planet of the Apes,” “Let Me In,” and many more.

Robert Pattinson received amazing reviews from fans about the movie, but many people were surprised by his performance. This includes his bigger roles like Cedric Diggory in “Harry Potter,” and Edwar Cullen in “Twilight.”

Zoë Kravitz also got astonishing reviews from fans. The website We Got This Covered said, “Not only did one fan hail the film overall as a masterpiece, but she called Kravtiz’s version of Catwoman ‘easily the best’ in the live-action space.”

These reviewers’ opinions are shared by some students at Southern Lehigh.

“I think both actors brought a certain part of themselves to the character they portrayed differently, but still amazingly as the actors prior to them,” said freshman Alayna Limani.

Overall in my opinion I think it was a very well thought out movie and was played very well by the actors. For the first scene I could tell the amount of time and effort it took to make this film.

From someone who is a huge fan of the DC comics and movies; I think that this movie is on my list of top favorites even though I am not a huge fan of Batman.

Something that I really enjoy about the DC movies is in either the middle, close to end or end scene there is a huge fight. But in “The Batman” close to the middle there was a huge car chase. This really set the movie, in my eyes, apart from “Wonder Woman” or “Superman.”

I also liked that even if you have never watched any Batman movies before or never read the comics, you will still understand what is happening in the movie because it is not as heavily influenced by comic storylines and characterizations. Whether you are a Marvel fan, a Justice League fan or not even a superhero fan, “The Batman” is a film worth watching.