Why We Need Feminism 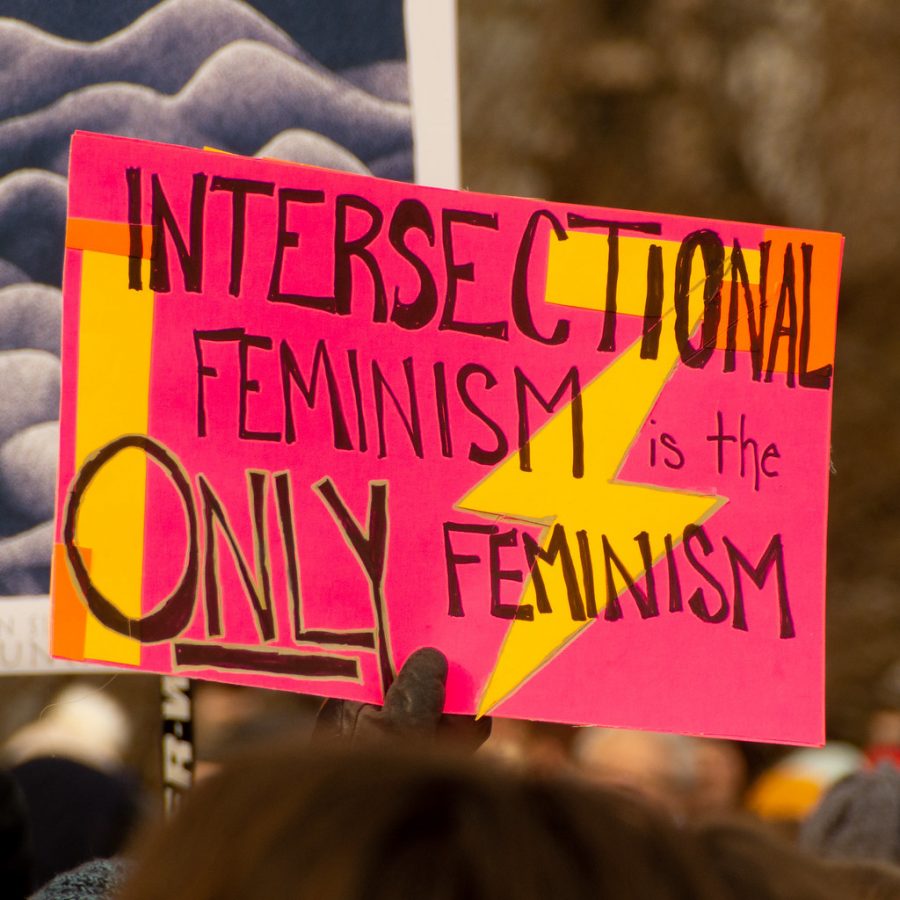 Intersectional feminism is a type of feminism that recognizes how different aspects of social and political discrimination overlap with gender.

Since the beginning of the feminist movement, there have been many misconceptions about what activists are fighting for. Some people are under the impression that feminism is about promoting a matriarchal society, wherein women should be better than men. However, this couldn’t be further from the truth. These misconceptions are at the root of why we still need feminism.

“I think…the people who…have a negative view of [feminism] kind of perpetuate these negative views,” the feminist student association (FSA) advisor and social studies teacher Mr. Thomas Beaupre said. “The groups that have traditionally been empowered by [gender inequality] they see [feminism as threatening] that you would want to pursue policies or make changes that would really create equality and not just play lip service.”

Many people are unsure what the true definition of feminism is. Merriam-Webster Dictionary defines feminism as “the theory of the political, economic, and social equality of the sexes.” If you are among those who believe feminism is all about putting women above men, then this definition might come as a shock. This false idea about feminism often comes from the name itself.

Although the word itself hasn’t always been used to define gender equality, feminism is a concept that transcends modern history. The earliest known feminist protests occurred in ancient Rome over limitations of women’s rights. The enlightenment era of the 17th century solidified gender equality into a philosophy that would one day become known as feminism.

“I don’t believe in the superiority, like ‘women are more superior and they deserve more rights,’” freshman Evelyn Blower said. “I believe more in an integration of both genders.”

When feminism first appeared, the name was meant to provide equality for women. However, the movement for gender equality has evolved to fit a variety of modern contexts. In the early 20th century, feminists fought for the right to vote. Just a few decades later, women were (and still are) fighting for an equal place in America’s job markets. Nowadays, however, feminism has evolved far beyond these fights.

The term “intersectional feminism” is often used to define the modern day feminist movement. This variety of feminism is really the only true form of feminism, as the name implies that gender rights have a lot of overlap with other issues, such as race discrimination and environmental issues. This modern day form of feminism has changed the way people lobby for gender equality.

“Absolutely [feminism is still needed] because treating others differently is not quite fair. We should treat everybody with equal standards, even if they have less to bring to the table or more,” sophomore Vincent Moore said.

Intersectional feminism recognizes that a person’s identity is made up of more than just their gender expression, and because of this, the social, political, or economic rights they desire may be different from any other one person. This is the most important form of modern day feminism. Being a person means so many different things to so many different people, and intersectional feminism fights for all these people’s individual rights.

Sadly, this form of feminism is not what many people think of when they hear that I, or anyone else, is a feminist. Instead, they often think of a concept called “white feminism.” This term is commonly recognized as feminism that fails to understand the rights and needs of people who are ethnically, racially, sexually, or otherwise different from a cisgender, heterosexual white woman. This can be perpetrated by anyone, and these feminists are the same ones you see fighting exclusively for reproductive rights while ignoring police brutality.

“[White feminism] doesn’t really focus on racial inequality,” freshman Nicole Oviedo said. “It just focuses on gender [inequality], which is good too, but also it excludes a large portion of women that really need support, and it’s not given to them through white feminism.”

So who is feminism fighting for? The short answer is everyone who is still oppressed by our society that prioritizes white male achievement and advancement. True intersectional feminists are seen fighting for transgender people, 84% of whom feel unsafe in their classrooms. They fight for people of color, who make up more than 60% of the prison population but only 39% of the U.S. population. Intersectional feminists fight for everyone, because all of these issues and more are still very real and need to be addressed.

We need feminism because we need to cut the chains of oppression and allow both ourselves and others to thrive. America is an advanced society, so advanced that we should be beyond all this discrimination. But we’re not, and that’s where activists come in. Feminists and other advocates for equality are the helping hands who will push us towards a better society.

Ultimately, we need feminism because oppression still exists in a variety of forms, even for men. What people don’t understand about activism is that there are varying degrees of oppression, which is why intersectional feminism is important. I would be remiss if I assumed the hypermasculine stereotypes pushed on white men have the same effect as the ultra aggressive stereotypes often forced on black men.

In the words of Audre Lorde, “There is no such thing as a single-issue struggle because we do not live single-issue lives.” We need feminism because all of our voices have an immense combined power. There are issues in this world that need to be solved, and while some don’t agree with this, I will still fight for their rights. Everyone deserves to live a life without oppression.