Making Green from Green: The Economic Benefits of Legalizing Recreational Marijuana in Pennsylvania 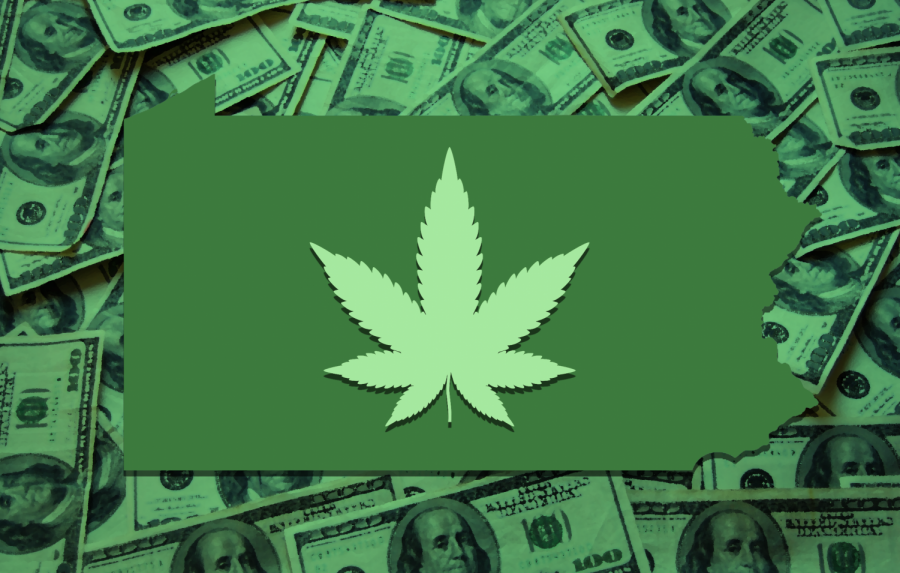 The legalization of Marijuana recreationally in Pennsylvania would bring with it a multitude of economic benefits.

Marijuana was once described by President Ronald Reagan as “probably the most dangerous drug in the United States.” But in the 40 years since Reagan’s presidency, attitudes have shifted: marijuana is now legal recreationally in a multitude of states, and legal medicinally in most other states. As a plethora of other states have begun to consider full legalization, there is no better time for Pennsylvania to follow suit in legalizing the recreational use of marijuana.

Chief among the reasons for legalization are the potential economic benefits for both the state government and the average Pennsylvanian. The precedent established by other states which have legalized recreational use establishes an enticing motive for Harrisburg to follow suit.

Tax revenue was subsequently used for investments in a multitude of areas including education. These investments are not small amounts, running into the millions of dollars.

Colorado’s Department of Education reported that $40 million in tax revenue was subsequently invested in the construction of new schools and the renovation of existing buildings during the 2018-2019 school year.  Additionally, a further $11.9 million was allocated to grants for school health professionals in the same year.

These numbers are strong indicators for the possible effects of legalization: offering an injection of funds for the state government.

Furthermore, the allocation for these funds extends beyond education alone. As outlined by Governor Tom Wolf himself, moving forward with legalization could also aid in raising funds for COVID-19 related financial relief, in more short term utilization of tax revenue.

The potential profits from tapping into the marijuana industry are not limited to an increase in tax revenue for Harrisburg, however. From cultivation to transport, and ultimately sales, the recreational marijuana industry would offer expanded business opportunities for Pennsylvanians, creating new jobs and enterprises in the process.

“Every dispensary has between 50 and 100 employees, every grower and processor that is in Pennsylvania requires people to process and look after the plants,” said Jeff Riedy, Director of the Lehigh Valley Chapter of the National Organization for the Reform of Marijuana Law (NORML) “So there is a lot of employment available in this industry.”

The creation of new business and employment opportunities would not only offer more people jobs, but would invigorate Pennsylvania’s economy as a whole.

“Our [State] Auditor General two years ago estimated that Pennsylvania is bound to gain close to $600 million dollars annually in the first year of sales,” Mr. Riedy said, “and that would just grow incrementally as the program grew and as there are more growers and processors.”

If the policies enacted with legalization are designed with the greatest benefit to Pennsylvanians in mind, legalization could allow for more adults to become involved in the marijuana industry, bypassing the expensive aspects such as licensing. One bill, SB350, currently in the Pennsylvania State Senate includes such components called micro-grows.

“If [people] couldn’t afford to buy into a license for a larger grow, they could buy into a license for a small amount of product which they can then sell to the state licensed dispensaries,” Mr Riedy said. “So that way, there is an economic benefit, people can get in at a smaller level, [and] that would be the best way for there to be economic benefits for people in the Lehigh Valley.”

Looking beyond the monetary benefits, legalization would also act as a move towards restorative justice, expunging records for possession of limited amounts of marijuana. Doing so would remove the legal obstacles such a charge creates.

The reasons for legalizing recreational use of marijuana in Pennsylvania are countless.

“[Legalization provides] safety for the consumers from FDA regulation, safety for those who aren’t consumers from drug gangs being driven out of business, and the benefits for all from the taxes [revenue],” senior Michael Nagy said. “This is only the tip of the iceberg when it comes to the positives of legalization of marijuana.”

The benefits alone should prove the greatest incentive for legalizing. While Governor Wolf and Lieutenant Governor John Fetterman have voiced their support for legalizing recreational use of marijuana, the Republican controlled state congress has remained opposed to examining the issue.

Regardless of political opposition, the benefits of legalization are undeniable. If Pennsylvania follows the examples set by other states which have already reaped the boons of legalization, its government and people can experience those benefits as well.

“There’s a lot of hope that…as things push around Pennsylvania, there’s obviously going to be more pressure on our legislatures to make changes here,” Mr. Riedy said. “We’re not going to be able to change the structure of Harrisburg; we can only hope that we can change their minds somehow, and that’s through moving things around and making other states move towards legalization.”