We will not be your Yellow Peril: the peril of using ‘China Virus’ 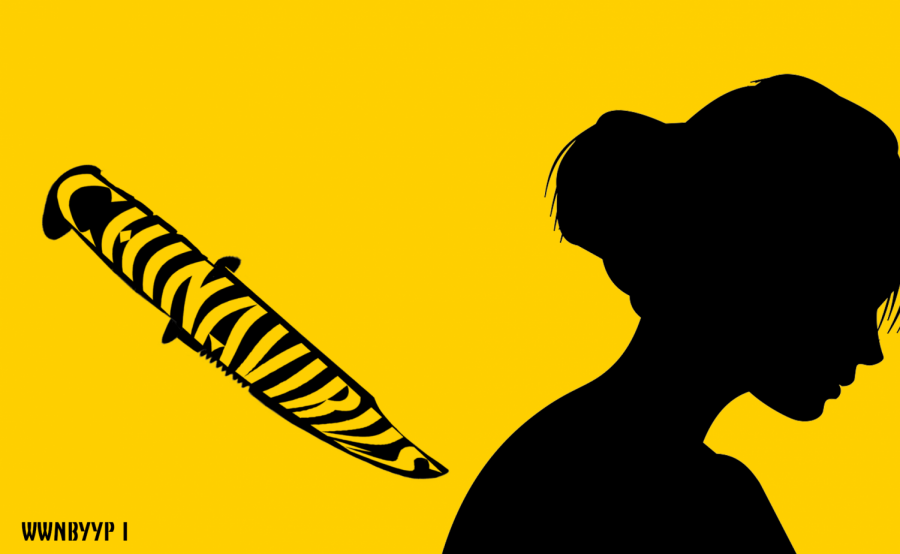 The labels associated with the Asian American community are fraught and ever changing. At times we are the so-called “model minority”: a role model of success and diligence, and at other times, we are a supposed threat to the sanctity of Western civilization in the form of the “Yellow Peril.”

The Asian American identity has been routinely shaped by the circumstances of the times, and as we mark more than a year since the beginning of COVID-19 pandemic, it can clearly be seen that the Asian American community has once again been marked as the “Yellow Peril.”

When COVID-19 first arose in China, the Asian American community expected that we would be targeted. As a Chinese American myself, I still remember when the epiphany struck that we were about to enter into a period of the greatest hostility towards our community that I had ever known. Perhaps I had been prepared for that epiphany; after all, my formative years had already exposed me to the potential vitriol which could be lodged against me, my family, and the rest of our community.

History demonstrated that the “model minority” label was not a permanent one and that we could become the enemy at the drop of a hat. And yet, despite what may have been expected, it has not stopped Asian Americans from reeling at the explosion of vitriol and hatred this pandemic has unleashed.

The rapid rise in hate crimes and racist incidents directed towards the Asian American community is not a new phenomenon, nor is it one which emerged in a vacuum. The factors which enabled this crisis have their origins not only in the beginning of this pandemic, but the history of this country as well. And only by confronting the origins of our current situation, can we overcome the current trials which face us, and move towards a fair and just nation.

This is part one of three in the series, We Will not be Your Yellow Peril. This first part discusses the term “China Virus,” and the harm it has inflicted on the Asian American community.

As COVID-19 began to ravage the world, the many names for it became a ubiquitous part of our everyday vocabulary. Whether you called it COVID-19, the coronavirus, or simply corona, the plague had a name based in science. As the pandemic progressed, however, the names for the virus expanded, eventually coming to include the nonscientific term “China Virus.”

The term “China Virus” first emerged as the pandemic spread on a global scale, and saw increased exposure through its use by former U.S. President Donald Trump. Unabashed by the criticism lodged at his usage of the term, the former President ultimately catapulted it into the wider public eye through the usage of the term at major events such as the 2020 Presidential Debates.

“Any figure that has authority, anything they say will be incredibly influential to the general public,” said senior Michelle Li, who is of Chinese descent. “So yes, I believe that his coining of the term definitely influenced a lot of his supporters and just Americans in general to adopt the term as well.”

Defenders of the term would argue that it is a statement of the fact that the virus originated in China, or that the term lays the blame at the feet of the Chinese government.

Now, the discovery of COVID-19 in the city of Wuhan, China, is an undeniable fact. The potential culpability of China’s government is a matter which should be considered. However, justifying the usage of the term “China Virus” because of this potential culpability or origin of the virus does nothing to solve the issue and unjustly lays the responsibility on all Asians and Asian Americans.

As explained  by the Yale School of Medicine, terms like these serve to propagate both conscious and unconscious discriminatory association between the virus and Chinese Americans, as well as Asian Americans who are assumed to be Chinese.

“I think it’s super harmful,” said senior Helena Munoz, who is of Taiwanese and Colombian descent. “I think we should just call it the coronavirus, because calling it the ‘Chinese Virus’ or anything else associates an entire race with the virus and basically blames a race when it’s not every Chinese person’s fault.”

The effect of this rhetoric is most clear in the rise of hate crimes against the Asian American community. Physical assaults are often coupled with accusations of the victim being a carrier of the virus or somehow responsible for the virus’s spread.

From a Korean American Air Force Veteran being called “China Virus” and other racial slurs while being assaulted, to an Asian American family being delivered a threat to “take the Chinese virus back to China,” to the countless cases of Asian Americans being assaulted while being accused of having COVID or being told to go back to China, the cases mentioned only serve as a snapshot of the repercussions of the term.

Use of the term “China Virus” has exacerbated a situation in which Asian Americans are not only forced to take the blame for a crisis in which they had no part, but also subjected to prejudice and violence motivated by a fear that every member of our community has the virus.

Beyond these anecdotes alone, statistical evidence further gives validity to the harm which the phrase has posed. As reported by the American Journal of Public Health, 50% of posts on social media under the hashtag “#chinavirus” were identified as racist or xenophobic, while the first use of the term by President Trump on Twitter coincided with a subsequent rise in hate crimes and racist postage on social media under the previously mentioned hashtag.

The Center for the Study of Hate and Extremism at California State University at San Bernardino reported that hate crimes targeting Asian Americans increased by 150%, with the highest spikes reported in New York City and Los Angeles.

“I think it’s absolutely ridiculous, and it’s important to recognize that viruses come from literally any place in the entire world,” Li said. “They have come from every single country, and the fact that this specific virus came from China is definitely unfortunate, but it’s not something that we can control.”

COVID-19 sees no color, no nationality, and no race. Calling this virus the “China Virus” accomplishes nothing except putting a target on the backs of the Asian American community, and emboldening those who seek to harm our community. If we are to move past the trials of our current times and bring forth a better society, our work must start now, and that begins by stopping the use of the name “China Virus.”