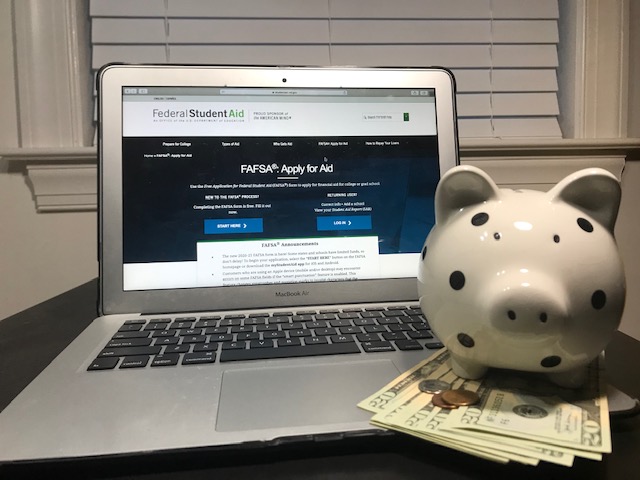 For prospective college freshman, the potential financial strain of paying for college is only complicated by flaws in programs designed to reduce this strain such as the Free Application for Federal Student Aid (FAFSA).

The beginning of winter brings with it many different things, such as the first snowfall, holidays, and winter break. But for seniors at Southern Lehigh and across the country, winter is also a reminder of another pressing event: the nearing deadlines for college applications.

While the process is a draining one, applying and waiting for months on end is only half of the process. Once students are admitted, they are forced to face one of the great American pastimes — figuring out how to pay for the hefty price tag of university.

According to the College Board, the average annual cost of attendance for a public college is $26,590, while the average cost at a private college is even higher at $53,980 for 2019-2020 school year. Unfortunately, trends show that these costs will only continue to grow in the coming years.

“I’m concerned because college is expensive and hard to pay for,” senior Adam Noblit said. “If you play your cards right, I feel like it won’t be as bad. But at the same time, if you end up with a lot of debt, it’s really hard to pay it back.”

While some scholarships and grants can eliminate tuition fees for select students, this type of financial aid can’t be earned by everyone, leaving the majority of students with the remaining options of federally subsidized or private student loans.

The United States Federal Reserve reports that nationally, $1.56 trillion in student loan debt is owed by 44.7 million Americans.  In turn, student loan debt can economically drag down borrowers, making taking out a private loan from a bank generally unattractive. So the only option you really have left is applying for financial aid through FAFSA (Free Application for Federal Student Aid).

Current or prospective college students must complete and submit the FAFSA to the Federal Student Aid office of the Department of Education, to determine their eligibility for financial aid including federally subsidized student loans, grants, and work study programs. While the FAFSA as a whole offers one of the best chances at managing the costs of college, it has its drawbacks. Chief among these issues are the overcomplicated application process and the disadvantages which befall students from the middle class.

Consisting upwards of 145 questions, the FAFSA application is longer than a standard tax return form. Along with this, the University of Michigan estimates that it takes up to 10 hours to gather all the necessary documentation to fill out the application. The complexity of the application process can deter potential applicants, thereby preventing them from receiving aid, a situation that faces at least one million college students, as reported by the American Council on Education

“[Completing the FAFSA] was slightly confusing, but not overly confusing,” senior Liam Fitting said. “The most stressful part is wondering how much [financial aid] you’re going to get.”

For middle class students like the vast majority of Southern Lehigh’s students, one of the greatest issues with financial aid is actually qualifying for it — being too “wealthy” to receive financial aid, but not wealthy enough to pay for college without it. Unfortunately, many middle class families discover that are not deemed by the college or the federal government to be in need of financial aid.

Determined by a formula known as the Expected Family Contribution, this formula is used in tandem with the FAFSA Application to help colleges determine financial aid. Unfortunately however, this formula fails to take into account other factors besides income and assets such as familial expenses or funds saved for college. In turn, this forces middle class families to foot the bill for sums which paying for may not be economically viable.

“Something will have to be done so people will be able to afford college without being in debt for the rest of their lives,” Fitting said.

With such monumental costs, coupled with the issues facing solution such as FAFSA, the unfortunate financial realities of attending college will be a continuing issue for those applying to college now, and in the future.  Only by working to solve such issues can college become more accessible and less associated with great financial burdens.