China Under Fire for Detainment of Minorities 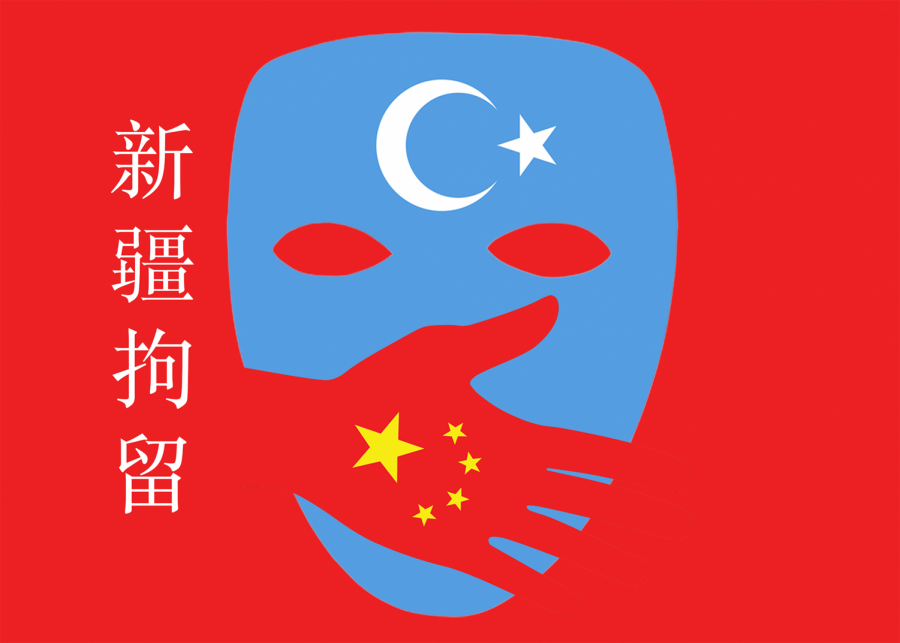 The Chinese government has been charged with human rights abuses as a result of their detention of millions of Uyghur and Kazakh minorities in the western province of Xinjiang.

Of the many freedoms this nation was founded upon, four hold a coveted position over the rest: freedom of speech, free press, the right to protest, and freedom of religion. Although they are rights many Americans take for granted, it is a blessing many others in the world do not have.

Beginning in April of 2017, the Chinese government in Xinjiang began placing members of the local Uighur and Kazakh ethnic minorities into camps. The government claims the movement was an action taken as an attempt  to dereadicalize them and provide them with vocational education.

“From my understanding the Chinese government is saying they are reeducation camps to deradicalize Muslims,” civics teacher Dr. Katie Quartuch said. “Human Rights groups are saying that these camps are taking one out of four or one out of ten people into these camps. [And] that the camps were brainwashing the occupants of the camp.”

Recently, humanitarian groups such as Human Rights Watch have alleged that the camps are actually engaging in arbitrary, random, mass detention, torture, and otherwise mistreatment of Uighurs and Kazakhs. The Chinese government says that these camps were to deradicalize them and prevent them from performing violent acts in the name of their religion, such as in March of 2014, when Uighur militants stabbed 150 people in a train stations, resulting in the deaths of 31 of the victims.

“Basically, the Chinese government was putting Muslims [specifically the Uighurs and Kazahks] into camps for practicing what the Chinese government said was the wrong way of life,” said sophomore Aiden Tobin. “They used the camps to reteach the Muslims to live their lives. So they were using the camps to torture and horribly mistreat the Muslims.”

Another source in Xinjiang has also said that detainees in the camps are afraid of being taken out of the cell for interrogation, fearing they’d be tortured. The source goes on to state that a fellow detainee showed them the scars they received after being hung from the ceiling for a night. The source also claimed that the detainees are chained to the bed and have their hands and feet shackled together.

Human rights groups are claiming that the camps are actually just an attempt to repress Uighur culture and are intended to alter their cultural norms, to assimilate this minority into the Han majority ethnic group.

“What they want is to force us to assimilate, to identify with the country, such that, in the future, the idea of Uyghur will be in name only, but without its meaning,” Ilham Tohti, a Uighur economist who had lived in the Xinjiang region until 2017, said in an interview by Human Rights Watch.

“Definitely, one of the things is that this [the use of the reeducation camps] is essentially erasing a culture, making them more ‘mainstream Chinese’ and forget part of their identity,” Dr. Quartuch said. That the government is so powerful and people have no means of recourse [is concerning].”

The Chinese government ratified the United Nation’s Convention Against Torture in 1988, and has also passed legislative prohibitions on the mistreatment of those who have been detained as far back as 1979. This commitment has brought further criticism of the Chinese government’s actions from the international community.

Such criticisms of China’s actions have led to some advocate for the United States to implement sanctions on China. Another proposed US response is a boycott of the 2022 Winter Olympic Games in Beijing.

“I do think the US should use its power to put pressure in foreign governments that are violating human rights,” Dr. Quartuch said. “I do know the US has been using sanctions to pressure the [Chinese] government. China says that the whole thing is because of the trade war.”

In a world ever increasing in complexity, the lines between right and wrong blur more and more with the passage of time. The eyes of the world turn towards Beijing, which seems to hold the belief that the end justifies the means. For those observing from the outside, the exact opposite may often be the case.