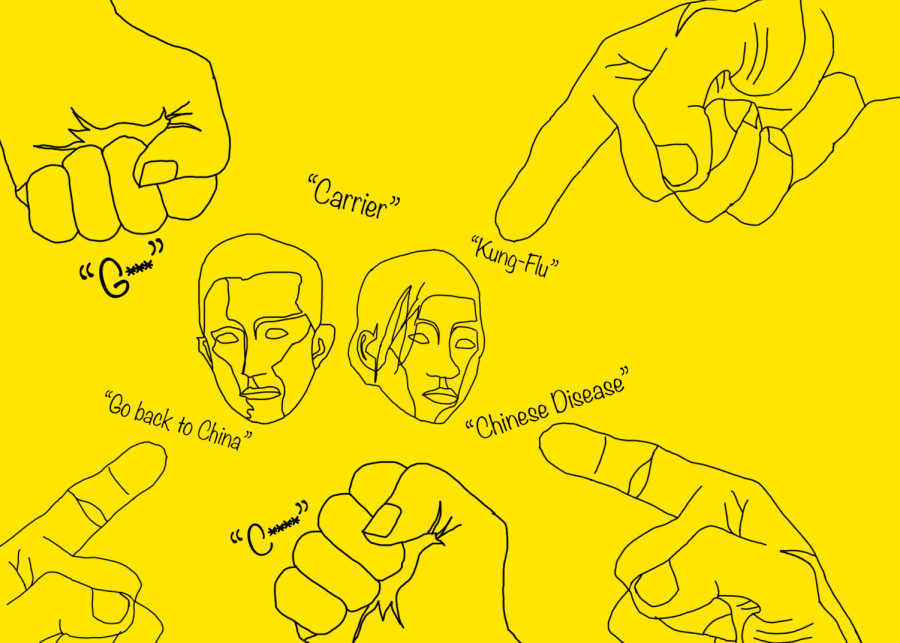 With the spread of COVID-19 in the United States, harassment and violence directed towards the Asian American community has risen as some directly associate them with the virus, which originated in Wuhan, China.

A scapegoat is defined by the Oxford English Dictionary as “a person who is blamed for the wrongdoings, mistakes, or faults of others, especially for reasons of expediency.” Throughout American history, various groups have unfortunately fallen under this term, the most recent of which being Asian-Americans.

Because COVID-19 originated in the city of Wuhan, China, some people view the Asian-American community as the group to blame for the arrival and continuing spread of the virus across the United States. The inevitable linking of the virus to Chinese-Americans and other similar looking ethnic groups has come to fruition in the form of harassment and violence.

“I think that the rise of the harassment and violence is unwarranted considering it isn’t the fault of most Asians, let alone Asian-Americans,” said freshman Isabelle Hoang. “If you work by that logic, there should be violence and harassment for every race.”

Across the country, as verbal and physical assaults on Asian-Americans have occurred, lawmakers and activists alike have worked to both condemn and monitor the rise in anti-Asian sentiment.

In Texas, a man attempted to kill a Chinese-American family of four, including a two-year-old child, with a knife because he believed that they were spreading the virus.

New York City, which has become an epicenter of the virus in the United States, has seen an uptick in attacks on the city’s Asian-American community, with multiple cases of assault and verbal harassment being reported in the past month.

“While President Trump has denounced the persecution of Asian-Americans, the power of his word won’t stop the harassment and violence against Asian-Americans,” said junior Joy Fan.  “There is only so much that will sink into people’s minds, and some people are not perceptive enough to hear the other side’s perspective.”

Regardless of where it began and how it was initially spread, three things remain true: COVID-19 doesn’t discriminate by race, xenophobia doesn’t combat the virus, and, in times of crisis, history has shown that scapegoating and hysteria don’t pull us through. Only caution and unity allow America to overcome.