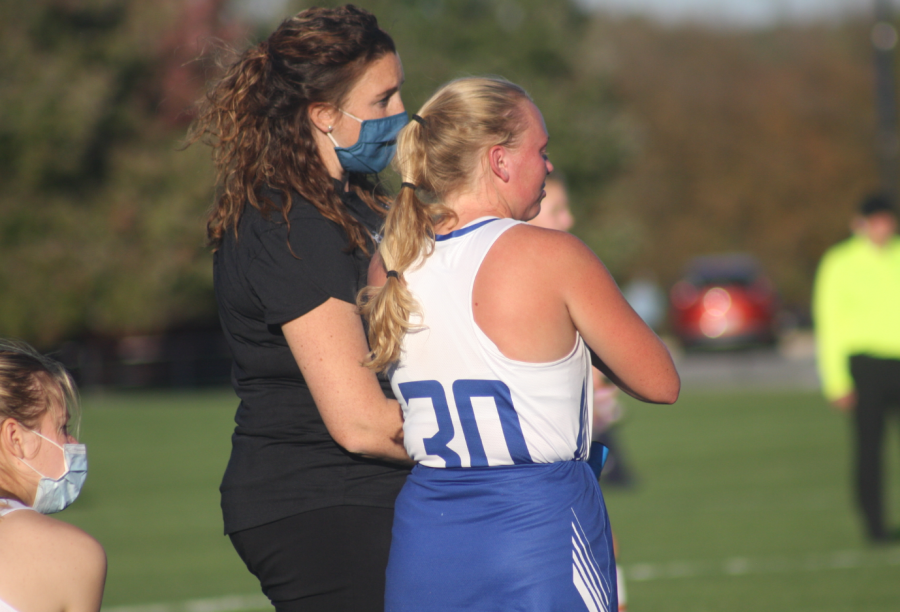 Looking at the sidelines of a Southern Lehigh High School field hockey game, spectators may have noticed two new faces this year. Longtime Head Coach Adrienne Searfoss and Assistant Coach Kaytlyn Byers have stepped down and in their place are Coaches Devon Hagy and Jill Mack.

However, due to the continued involvement of their former coaches, some girls on the field hockey team said they didn’t notice much of a difference in who was coaching.

While the former coaches may have stepped away from directly leading the team, they left the players in very capable and experienced hands.  Coach Hagy played softball at the College of New Jersey, and Coach Mack played field hockey at Marywood College.

Coach Hagy, who happens to be Mrs. Searfoss’s sister-in-law, also serves as the head softball coach at the middle school, making it a welcome reunion with an old coach for some athletes.

“Mrs. Hagy was my old softball coach, so it was nice to see her again,” said Bausher.

With Coach Samantha Clemson remaining active with the team, and Searfoss and Byers continuing their involvement with Coaches Hagy and Mack, the composition of the coaching staff was largely unchanged, despite some expecting far bigger changes. However, some athletes still missed their old coaches at the helm.

“I thought it would be very different, but because Searfoss and Hagy talked a lot, drills were the same,” senior Grace Jeitner said, “but I missed Coach Searfoss’ and Coach Byers’ attitudes.”

While some anticipated that the change in coaching staff could hinder the Spartans’ play, this was not the case. According to Bausher, the new coaches changed up the dynamic, causing athletes to push themselves even harder in practice, and it paid off.

Southern Lehigh was once again undefeated through the Colonial League regular season, losing only the Colonial League championship in an upset by the Northwestern Tigers. The Spartans persisted through PIAA play, clinching the District XI championship and advancing through the PIAA state semifinals for the first time since 1998, where they lost to Archbishop Caroll 2-0. The season ended with the Spartans tied for fourth in the state.