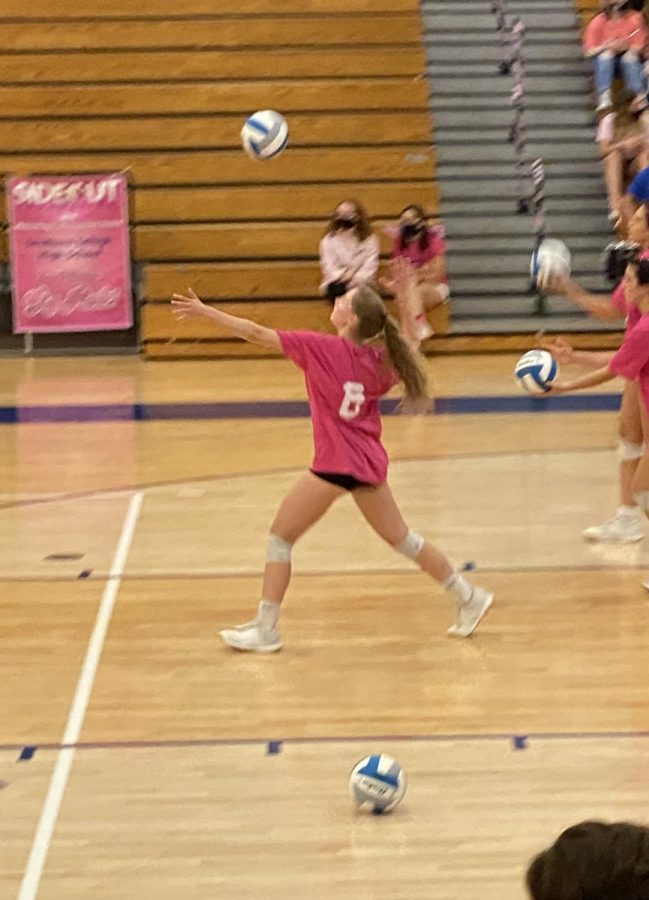 The Southern Lehigh’s girls volleyball team boasts an undefeated season heading into the District XI Championships. With a traditionally strong program, the team is known for its extensive preparation.

“Past success is something to build tradition from, but on the court each day is where we need to show that success,” head coach Mr. Donald West Jr. said.

The girls have been dedicated to practicing after school throughout the season in order to foster the success their coach speaks of. Many of the Spartans also attribute their winning record this season not only to their training, but also to the positive team environment.

“Being positive and always helping people on the court [is necessary] because I feel like volleyball is very mental,” freshman Alexis Hoyer said. “Keeping everyone positive on the court is really important. You don’t have to be best friends with everyone, but definitely [you have to] help each other out.”

Off the court, the girls continue to emphasize the positive team atmosphere. This is made possible through team traditions and bonding activities, which allowed the team to become a tight knit group in a few months.

“We went paddle boarding, and varsity sometimes goes out for dinner,” sophomore TaNiya Pleasant said. “[Coach] West gives us gum every game. We also decorate the seniors’ cars. We make senior posters and do a team bonding event. If we win a tournament, we get cinnamon buns.”

During school, the girls participate in spirit days—which boosts team bonding even more.

“The whole school can see who’s on the team, and it represents the volleyball team,” Hoyer said. “It’s kind of nice, and it’s fun.”

One of the most popular spirit days is Choose Your Friend’s Outfit Day, where each girl is matched with a partner on the team who is similar in size, and brings an outfit or funny costume for them to wear during the school day.

The team uses the positive environment they have built over the course of the season as a basis for their upcoming post-season matches. With the training on the court, and activities off the court, they plan to build on their hard work.

As the 2021 season draws to an end, the older players have a positive outlook on the years to come.

“I think it’ll be interesting,” senior captain Alyssa Adams said. “There will be a lot of young girls on the team because there are a lot of talented underclassmen that will be on the varsity team.”

The 2021 season has been a promising one as the team looks to build on their past five years of Colonial League championship titles, as well as their training and positivity to help keep them at the top of PIAA District XI.